SKIN BEAUTY AND CARE FOR MEN. 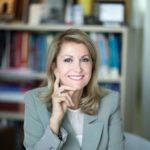 Human skin care through the centuries

I am a man and I take care of my face

Human skin care through the centuries

Beauty has always been an integral part of the relationship between men and women.

They devote energy and resources to maintaining a beautiful appearance of their face, body and hair for reasons that have varied over the centuries.

The caveman, for example, dressed in animal skins, skin ornaments to seduce women but also to show his belonging to a certain group.

The Egyptians used to put make-up on, wear their hair and take care of their body in a very advanced way because the improvement of their physical appearance had a spiritual and sacred meaning.

In ancient Greece, men also took great care of their bodies and health, as their physical appearance and intellectual qualities were strongly linked.

Later on, other peoples, especially during the Roman Empire or Ancient China, also attached great importance to their appearance, because in their case, having a sculpted and purified body was a representation of their abilities in battle.

However, from the XVI ème In the 19th century, the Latin civilizations rejected these habits of taking care of the body under the pressure of the Church in order to promote the elevation of the spirit.

These body treatments are then considered as only feminine and become for some men a taboo subject.

It is only in the XIX ème As the trend reverses again, men are beginning to dye their hair, groom their beards and assert their bodies.

At the end of the XXème In the 19th century, the beauty of the body was totally democratized, and this one joined the health, concerning all the classes of the society.

Today, access to health and beauty care for men is as important as it is for women, who openly take care of their bodies, skin and hair.

A modern virility has been created and men no longer hesitate to use cosmetics and perform cosmetic procedures to beautify their appearance.

In 2021, men's beauty is fully democratized but the criteria of beauty are very different depending on the country and geographical area. In some Asian countries such as South Korea, Japan or China, the market for men's cosmetics is very developed, it is common for them to buy skincare products or even makeup.

Europeans have not yet reached this level, but they are moving towards it, especially thanks to digital communication. It is possible to say today that we are witnessing a strong movement towards a globalized approach to male beauty.

The purpose of this article is to inform men of their specific problems, to increase their knowledge of their skin and finally to guide them in the choice of adapted cosmetic care.

Why specific care for men?

Although men's skin has many characteristics in common with women's skin, it also has its own clinical signs that require different care. These differences are due to genetic inheritance, but also to all the environmental factors to which the body is exposed, i.e. the exposome, which has been proven to have a significant impact on skin aging[1].

The skin is the largest organ of the human body, it is a very complex but very important organ because it is the first barrier separating the body from the outside environment, protecting it from a large number of external aggressions such as pollution, UV rays etc. It is composed of three distinct layers: the epidermis, the dermis and the hypodermis.

Many aspects of the skin differ depending on the gender of the individual, men's skin is physiologically different from women's and this is largely due to the sex hormones of the steroid family, mainly testosterone.

The first difference between the skin of men and women is thethicknessthe male skin is thicker, it measures on average 1.54 mm for 1.36 mm in women[2].

The layers of the skin are also not the same thickness, theepidermis of man, not to mention the stratum corneum which is the most superficial layer is thicker by about 10% than in women, however, with age it balances out, between 20 and 30 years, it measures about 63 µm to reach 34 µm between 70 and 80 years, while in women it varies from 49 µm to 33 µm[3].

The melaninMelanin, which is synthesized by melanocytes in the basal stratum in two forms depending on genetic heritage; eumelanin (dark brown) and pheomelanin (red-yellow) can be more or less dark depending on the gender of the individual. Indeed, it has been proven that the quantity of melanin is higher in men as well as their vascularization[4].

The skin defenses are not identical between men and women, in fact, the latter have a lower density of desquamating cells and keratinosomes, which means that the thickness of the lamellar layers of the lipid cement is less in men[5].

The barrier function provided by the presence of the stratum corneum of the male skin is less protective due to its thinner lipidic cement which consequently contains less water than in women[6]. The insensible water loss (IWL) is thus more important in men.

The dermal-epidermal junction (JDE), which is the zone that ensures cohesion between the epidermis and the dermis, is thicker at the lamina densa in men than in women[7]. This affects the skin's resistance to the effects of aging.

The male dermis is also thicker than the female dermis, moreover, its density in collagen is higher[8]This helps to protect the skin from the signs of aging, but also from mechanical stress on certain areas such as the forehead[9].

Due to the oblique configuration and not perpendicular as in the female septaBecause of the collagen fibers surrounding the fat globules, the subcutaneous adipose tissue of men is thinner, which means that it is not generally subject to the formation of cellulite[10].

The sweating is another point that differs between the two sexes, the apocrine glands are less numerous in men but they sweat more overall than women, especially between 15 and 50 years old[11]. Their sweat is also more odorous and more acidic due to the greater presence of lactic acid in male sweat[12].

Androgens are essential for the activity of sebaceous glandsThey are present in large quantities in the male skin and are more numerous and voluminous in certain areas such as the face, scalp or genitals[13]. Men's skin has a higher level of sebum and this, from puberty, it is also generally more oily with more visible pores[14].