All you need to know

Lipofilling of the face

The advantage of adipose tissue is that it is easy to collect and can be used for autografts.

The interest of the "lipofilling has long been considered as volumizerbut the discovery of its trophic character has made the lipofilling the most widely used regenerative medicine treatment in the field of tissue regeneration.

These regenerative medicine tools should be used and validated for specific indications in each surgical field.

I/ Lipofilling or fat grafting: an advanced therapy

For a long time, lipofilling was considered to be "volumizing" but the discovery of its trophic character (2000) made lipofilling the most widely used regenerative medicine treatment.

Recent studies have shown that stroma-vascular fraction of adipose tissue represented a reservoir of precursor cells with pro-angiogenic potential was comparable to that of bone marrow-derived stem cells (1).

In addition, it has been shown that mesenchymal stem cells (CSM) were also present in the adipose tissue. The latter therefore represents a new potential reservoir of pluripotent cells that could be used in regenerative medicine.

Autologous fat transfer is a procedure already applied to obtain the increase of soft tissue volume losses. The fat grafts removed by liposuction are reinjected subcutaneously to restore volume to the defective areas.

Thus, adipose tissue transplantation is used to correct congenital deformities and complex traumatic wounds with loss of soft tissue, after oncological surgery, after sequelae of radiotherapy... (2).

Macrofat fat is characterized by lobules of fat with a diameter of 2.4mm.  Macrofat fat is more structural in nature and is easily injected through an 18G or 19G (gauge) cannula.

Macrofat fat is at risk for resorption, cystosteatonecrosis, oily cysts, and infection (6-8).

Microfat is characterized by fat lobules with a diameter of 1mm obtained by removing the fat with 2mm diameter cannulas whose multiple holes are each less than 1 mm.

The micro sampling cannula has ports specifically designed to provide a fat sample consisting of volume-calibrated lobules of adipocytes.

The deposition microcannulas have a diameter calibrated to the size of the cell units obtained with the sampling cannula. (Figure 1) 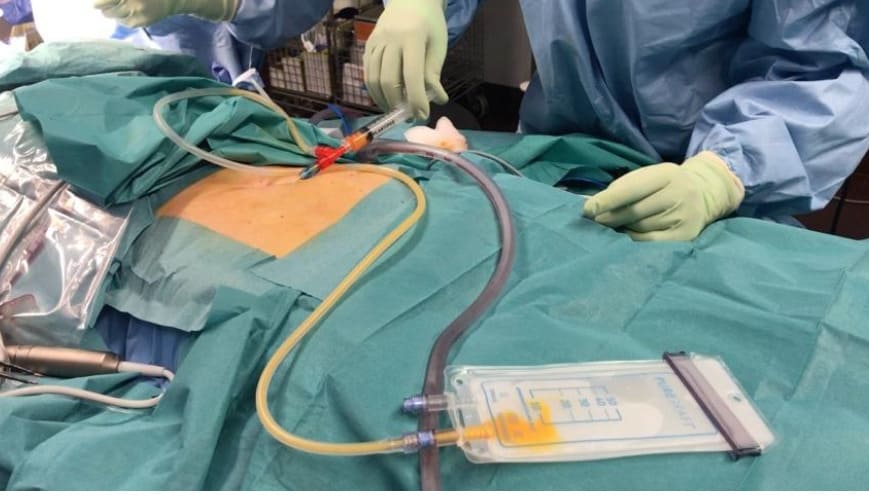 Figure 1: Microlipofilling sampling in a closed circuit to avoid oxidation and contamination of the fat and using cannulas with micro-orifices for sampling.

"Nano-fat or nanofat is characterized by Fat lobules of 400 to 600 μm. Nano-fat is obtained by taking the emulsified micro-fat and passing it between two 10ml syringes linked together by a female-female Luer-Lock connector. After 3 minutes of continuous transfer (20 to 30 passes), the fat has become an emulsified liquid with a whitish appearance rich in SVF.  The emulsified fat is then filtered through a super fine filter to obtain the nanofat (9).

The nanofat can be easily injected with a 27G, 30G, 32G.  It is a cell seeding for the improvement of trophicity.

Nano-fats can be centrifuged to remove free fatty acids and create a gel which can be applied in combination with a cream that promotes dermal penetration and can be applied by mesotherapy techniques, after laser resurfacing or a face lift.

A combination of all three types of fat grafting is used in facial cosmetic surgery or facial fat grafting (10-13).

Tonnard et al have sought to determine the cellular content of nanofat grafts (14). In their study, they showed that the nanofat grafts lacked mature adipocytes and that the native architecture was disrupted. However, the nanografts retained a rich supply of adipose stem cells. Several clinical cases using nanofat grafts have shown an improvement in skin quality 6 months after the procedure.

Therefore, the author suggests that although nanografts do not contain viable adipocytes, their high stem cell content is clinically useful in skin rejuvenation indications.

IV/ Association of PRP and lipofilling and clinical applications

PRP and adipose tissue are used in different therapeutic areas. (15) 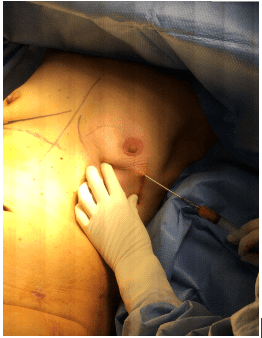 Figure 2: Restoration of breast volume after partial mastectomy by lipofilling.

In plastic, reconstructive and maxillofacial surgery, PRP in combination with adipose tissue is used to : 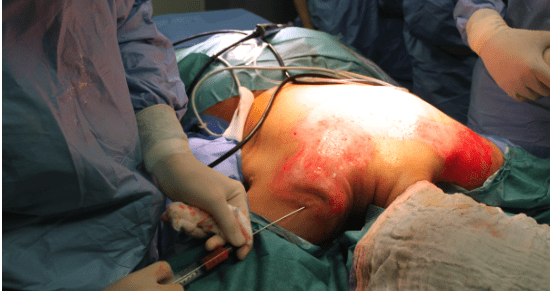 Use of nanofat and microfat on the face

Nanofat injection in the face could therefore have a stimulating effect on tissue differentiation and regeneration (20). An increase in elastin synthesis and dermal remodeling could be induced by the secretory activity of stem cells mechanically stimulated by the emulsion method (21-23).

Mesguich Batel F. et al (20) reported in a study an improvement of fine lines after treatment with the nanofat method. In addition, the authors characterized the stem cell composition of this method and showed the presence in 1 cm3 of emulsified fat of 23,712 ± 7832 cells/cm3 compared to non-emulsified adipose tissue with a cell viability of 85.1 ± 6.84 % and a proportion of 18.77 ± 6.2 % of regenerating cells.

In addition, intradermal injection of emulsified fat was found to be safe: no erythema, skin discoloration, or inflammatory reactions were seen in all patients (20). (Figure 4 and 5) 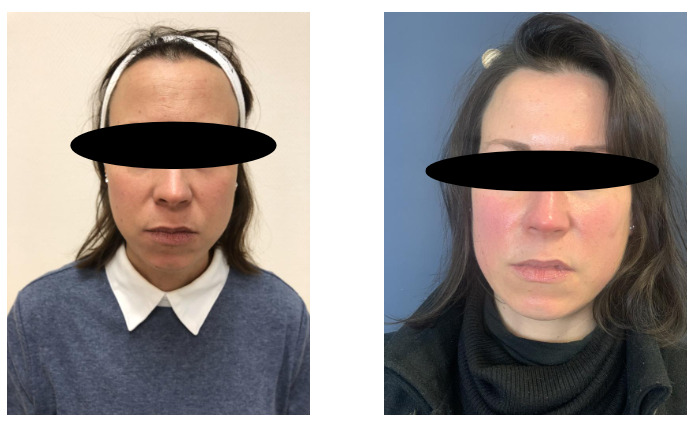 Figure 4 : Case 1 : injection of microfat and nanofat with an improvement of the skin trophicity (Case treated by Pr Hersant) 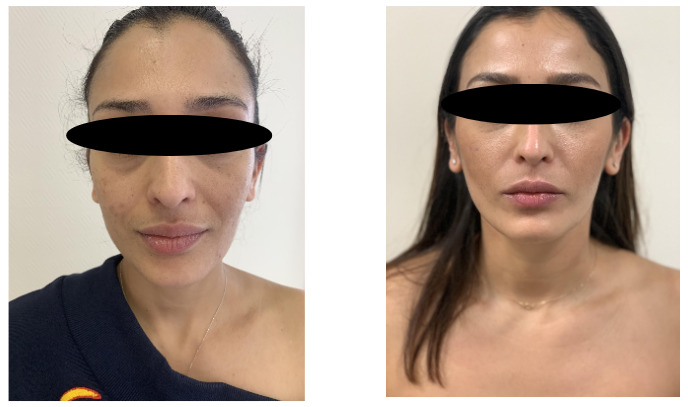 FSV is isolated by digesting the lipid portion of the lipoaspirate with collagenase, separating the contents into two distinct phases: the floating fraction of mature adipocytes and the cellular components of interest in the lower water fraction (24-25).

For clinical applications in regenerative medicine, one of the advantages of using FSV is its extemporaneous use without going through the cell culture steps.

Adipose Derived Stem Cells (ADSC) were first characterized in 2001 and have since been widely studied and used as a major source of cells with regenerative potential, with characteristics similar to those of mesenchymal stem cells (MSCs) (29-31). Stem cells are cells capable of self-renewal, generating identical daughter cells to maintain the stem cell pool, and differentiating into multiple cell lines (progenitors with a more restricted potential).

ITMs are cells or tissues that have been subjected to substantial manipulation so as to obtain biological characteristics, physiological functions, or structural properties useful for the intended regeneration, repair, or replacement and/or the cells or tissues are not intended to be used for the same essential function(s) in the recipient and the donor.

Industrially manufactured cellular products for therapeutic purposes are subject to the requirement, prior to their commercialization, to obtain a marketing authorization.

Tagged lm3 all you need to knowReplay lm3